No variant by the Col de Madamete
Return on Vielle Aure modified, with a descent by the Cap de Pède

Attention: the course has many parts on a mountain trail where it is not easy to run

05:00: Departure from the Tour des Lacs from the center of Vielle Aure (Tourist Office)

15:00: Arrival of the first of the Tour des Lacs on the Place de Vielle-Aure

All night: arrival of the riders of the Tour des Lacs in the center of Vielle Aure

12:15: Buffet closing of the Grand Raid of the Pyrenees in the presence of all partners and volunteers (Marquee of the race)

The start will be given on Saturday at 5 am. The runners will climb by roads and then ski slopes at the Col du Portet. They will then switch to the sector of Néouvielle to join the hut of Aygues Cluses by the Col de Barèges then Tournaboup. Then climb towards the Col de Sencours, then Pic du Midi, return to the Col de Sencours then down to the Mongie. Return to the Neouveille area by the refuge of Campana de Cloutou to pass the Col de Bastanet and join the Col de Portet which brings back to Vielle Aure.

The best ones could take less than 10 hours while the time barrier is set so that the latter end in less than 25 hours. 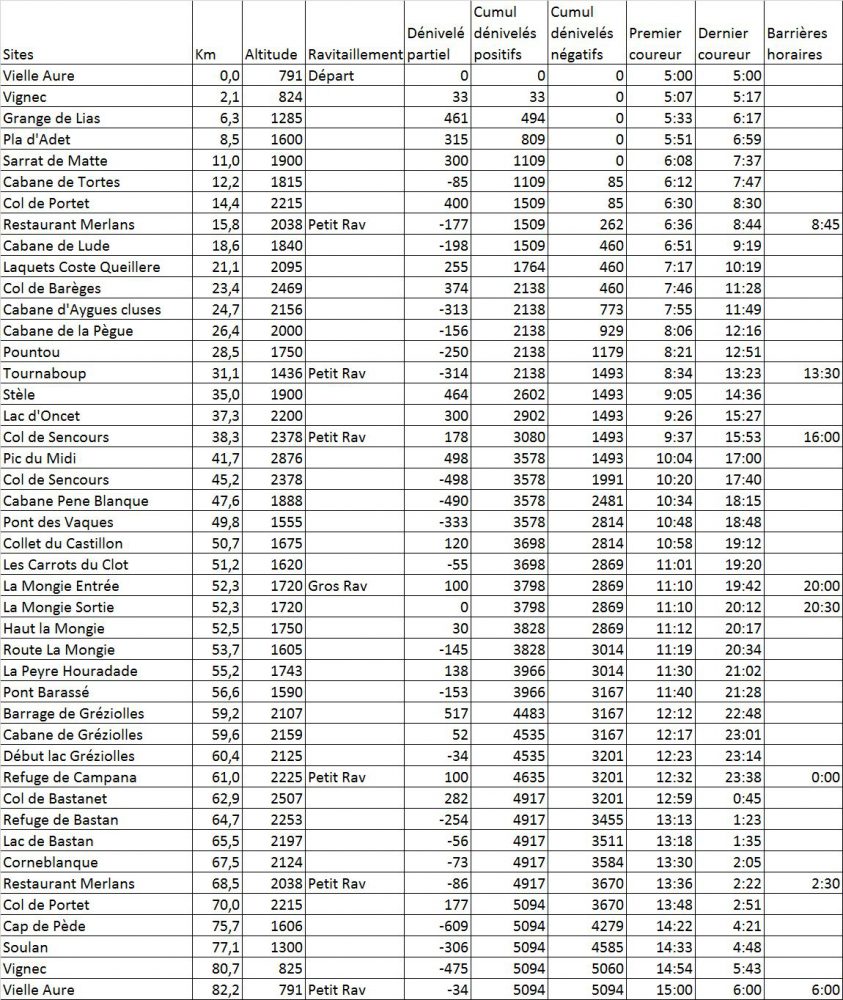 The file of kilometers and unevenness is HERE.

The course is viewable HERE. The GPX or Google Earth version of the course can be downloaded at the same location.